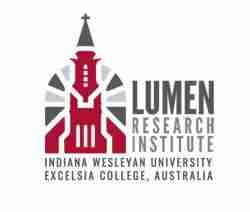 Despite the pandemic, this year’s Lumen Conferral went ahead on Wednesday 8 September. Academics, researchers, educators, and community-conscious Christians were able to virtually tune in to hear about ‘Redeeming Truth and Community in the Age of Individualism’. Examining a topic particularly relevant in uncertain times such as these, the conferral explored the search for meaning, theological understanding, spiritual life, and the foundation of morality in the contemporary world.

Dr Mike Frost was the keynote speaker, internationally recognised for his work behind the missional church movement. The topic posed people to question Christianity and its relevance in the contemporary world and how it relates to areas of marginalised people, dignity and justice. Frost discussed the idea of the church being like a kitchen table that should be open to hearing from marginalised and at-risk communities. The accessible space should allow for the voices of refugees and asylum seekers.

The Lumen Research Institute is well known as a global collective of Christian scholars who grapple with questions facing our global society today. As such, the event gave people the chance to learn more about the intersection of Christian thought, ethics, social and community attitudes and their application to the contemporary world. Frost was full of storytelling and explored the concept of Church as a round table. A round table is one where everyone is heard, can collaborate and can listen to each other. As Jonathan Sacks in his book Morality says, ‘An individualistic universe may be free but it is fraught with loneliness, isolation, vulnerability and nihilism, a prevailing sense of the ultimate meaninglessness of life’ (Sacks, 2020, p. 85). We live in a world of marginalisation and isolation and need to be standing for a different society. Where is the round table, where are the voices and the feedback of marginalised groups such as refugees, Indigenous and the poor?

In our pluralistic society, there can be a clash of world views and ‘social imaginaries’ between traditional Christian and secular members of Western cultures (Taylor, 2004; Smith, 2012). People were posed to question how to live distinctively as Christians, whilst maintaining genuine relationships in the world and learning deeply about the beliefs and practices of others. Academics and educators enjoyed engaging in a series of papers related to disciplines of business, creative and performing arts, counselling, social sciences and theology.

Within postmodern society, Christian higher education institutions are facing greater challenges than ever before, mainly from ‘social imaginaries’ and a clash in living as Christians whilst maintaining genuine relationships ‘in the world’ and remaining true to one’s faith and identity in Christ. Within our diverse world, we’re navigating cultural background, religion, ideology, sexuality and other ways of being.

The conference was meant to be a combination of both virtual and face-to-face interaction but sadly due to COVID-19 was taken completely online. Question and answer panels and pre-recorded presentations allowed people across the globe to attend and engage in formation within a pluralistic framework, including discussion around social inequalities faced in access to enrolment and between graduates and non-graduates.